Three-Pointed Crown
The three-points on the crown represent the Godhead: God the Father, God the Son (Jesus), and God the Holy Spirit. The crown is a symbol of royalty, authority and dominion. Our God is King above all kings and reigns supreme –ruler of the universe. It is through the teachings in the Word of God that we learn how to be in the image and likeness of God, and have dominion on this Earth to rule against all matter of evil as kings and ambassadors in this Earth:

Red Jewels in Three-Pointed Crown
The red jewels in the three-pointed crown represent the blood of Jesus Christ that was shed on the cross for our sins. The blood is the sanctifying power for which we are redeemed by the blood of the lamb:

360-Degree Name of Ministry
The name of our ministry is purposely circled around the logo at 360-degrees because it symbolizes how the Kingdom of God will be preached and taught all around the world.
With God's grace Kingdom Centers International and Worldwide United Kingdom Organization (KCI-Worldwide) will be used as a catalyst to fulfill this mandate given by God:

Jewel Pommel of Sword
The pommel on a sword was originally developed to prevent the sword slipping from the hand. From around the 11th century in Europe it became a counterweight to the blade, giving the sword a point of balance. It is for this reason that we have chosen a crowned jewel to represent God as the pommel on the sword, because it is only by the grace of God that we are kept from backsliding (slipping) into sin, He provides the perfect balance for our mind, body and spirit:

Wooden Transverse Beam, Cross Beam, or Horizontal Beam
This wooden transverse beam represents the mission of the cross, for which Jesus stretched himself upon to take on the sins of the world. He died for all human-kinds’ sins, so that we may have the privilege of redemption and eternal life:

A Global Image of Planet Earth
An image was chosen of planet Earth because KCI-Worldwide is a global movement; with goals to reach the far-corners of this world, to preach the Kingdom of God and pray for the sick:

The Golden City
The golden city is a representation of the City of God. The City of God is symbolic of heaven’s culture on Earth (hence the city is translucently placed in the middle of Earth).  The city is golden because gold is one of the most precious commodity in existence. The bible depicts the streets of heaven being gold:

BUT DO YOU KNOW ITS MEANING? 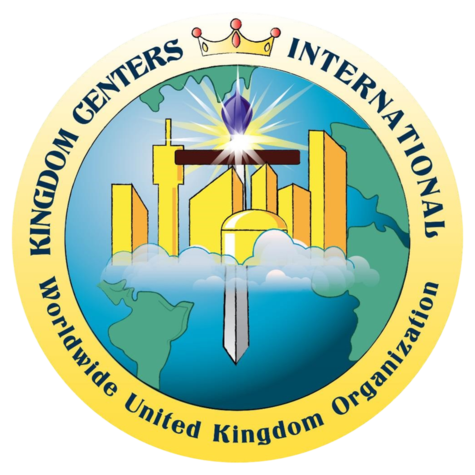